Writers' tips to consider during dry time
On serial memoirs
how many can one person reasonably write?
Brainy nonfiction selling well!
This is a story about a book that just kept selling, catching publishers, booksellers and even its author off guard... we uncover important messages about our moment in history, about the still-vital place of reading in our culture, and about the changing face of publishing. symptomatic of a broader trend in our book-buying habits: a surge in the popularity of intelligent, challenging nonfiction, often books that are several years old.
"Writing Teacher" by John Edgar Wideman (New Yorker, 1/22/2018)
John Edgar Wideman is the author of many books, including, most recently, “Writing to Save a Life: The Louis Till File.” His forthcoming collection of short stories is called, "American Histories."
on film deals based on books--including self-published books
a typical book-to-film contract from Universal is around 50 pages, having a clear understanding of what you should be paid for all those rights is critical
Craft insights from "Goodnight Moon"
by Aimee Bender, writer and mother
Writer's device
Click to check this out
Operating Instructions
Device Help Desk
Queen Victoria's journals &amp; drawings from age 13 to marriage 1840
PBS 2017 Masterpiece series "Victoria" source material; ruler (1837-1901) of a quarter of the world's land mass, one fifth of then-world's population, mother of 9
tips on writing a book while in prison
hey, Cervantes and Mandela did this
25 Things Writers Should Stop Doing
On "old-fashioned" editing
Print on Demand and Electronic Self-Publishing information from Writer Beware®
"Warnings About the Schemes, Scams, and Pitfalls That Threaten Writers"
Writer Beware® website
Click here for 7 ways to boost creativity
Dos & Don'ts for writing fiction from Margaret Atwood, Roddy Doyle, Anne Enright, Diana Athill, Richard Ford, PD James...
British Library's recordings of music, spoken word, and human and natural environments
a researcher's dream, a writer's heaven--hear what you are writing about
Marketing your book now? View this book trailer.
Building an author platform--for noncelebrities
Visit the Boston Public Library
a.k.a the "BPL," founded in 1848 as the nation's first municipal free-to-all library
Go to the Ozarks for good reading.
Society of Children's Book Writers and Illustrators
Authors Guild
Publishers Weekly

ANITA D. McCLELLAN is an independent developmental editor, writer's coach, book reviewer, and guest speaker at writers' conferences, higher education writing centers, and at individual writing groups, where she works one on one in private settings. Formerly at Macmillan and Houghton Mifflin Harcourt, she has attracted such authors as Dian Fossey, Gay Courter, Dr. Andrew Weil, Elizabeth Noble, Suzanne Arms, Susan Wittig Albert, Malcolm Margolin. She has worked as a scriptwriter in Shanghai. Her excellent networking has led her across the U.S., Europe, Africa, and the Far East. She has been resident editor at Cape Cod Writers Center Conference, North Coast Redwoods, Bennington, Cumberland Valley, and International Women’s Writing Guild conferences, and served as the U.S. PR director for the International Feminist Book Fairs.

"...the industry wants to pump out more books in less time with fewer, less-experienced editors. And so the burden of editing sometimes falls upon the agents, who need to shape up manuscripts before they can be successfully submitted to publishers....Who do the agents call? There's a good chance that their Rolodexes contain many of the same names that a few years ago were on the payrolls of the big house....the next time you're in the market for a freelance editor, this group would probably be a good place to start."
-- Authors Guild Bulletin

Click here: Every May for 10 days 85,000 people gather from around the world in a tented space in a village on the border of England and Wales to attend 500+ events centered on books and ideas. Writers, politicians, poets, scientists, comedians, philosophers and musicians come together on the greenfield at Hay-on-Wye, population 1450 and home to thirty (30) bookshops, to talk, eat, think, drink and be merry.
IWWG Annual Conference 2019

One day for aspiring writers and illustrators of children's and young adult books, both fiction and nonfiction, New Brunswick, NJ

• "The Agony and the Ecstasy of Revision"

• "Hooking Your Readers on Page One in Fiction/Nonfiction"

• "Write a Synopsis of Your Novel"-- and leave with a pitch line, a query letter, and a synopsis of any length required for submission

"You were a much needed and great addition to the [editors and agents] panel on stage. Unfortunately, there was only one of you. We needed more of you." --Shirley Hewitt, nonfiction author

"On one trip to Rwanda to film Dr. Dian Fossey and gorillas, I met Anita McClellan, who had edited Dian's book, GORILLAS IN THE MIST. It was Anita who convinced me that other people share my interest in animal words. That's when the concept of ZOOLEXICON took form.... My gratitude to Anita McClellan for her great help in getting ZOOLEXICON published." -- Dr. Warren Garst, Chief Wildlife Photographer for the TV series "Mutual of Omaha's Wild Kingdom": http://lib.colostate.edu/wildlife/

“Thank you again for your help nursing me through 'Wolf That I Am'.”
--Fred McTaggart, cultural anthropologist 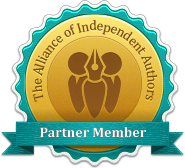 Selected writers who know my work. 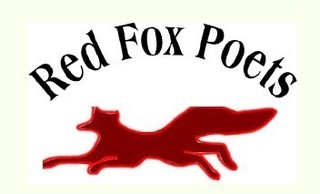 "I gave Anita a 75,000-word novel to critique. Others ... haven't really gotten down to the bones of the matter and what really needs to be done. Boy, Anita did. She went right for it: character, plot, mechanics. She was sharp and focused and so right about so many parts and it was a true relief to have her read it and analyze it the way she did. The woman is intensely smart and she is completely on the side of writers."
-- Marty Kingsbury, mystery writer

“Your appraisal helped me very much. I really needed someone who had no vested interest in my work or in protecting my fragile inner self and who has a sense of what good writing and thinking is. You fit all of that for me.” --Jane Gilgun, nonfiction, onbeingashit.blogspot.com

"I realize three very strong points you have... your in depth 'critique' and very intelligent questions, which drew my attention to many points I need to communicate in the body of my arguments/texts. I also appreciate the fact that you take the time to answer in depth all questions, and provide a high quality work. And, last but not least, the strong experience that you evidently possess."
-- Mohamed El-Helw,nonfiction author

"Anita was insightful, thorough, and prompt. Though she was not previously familiar with some of the technical language of the subject I was writing about (music theory), she understood my arguments easily and accurately and made helpful suggestions about content as well as language. Her use of the 'track changes' feature in MSWord made the task of incorporating her corrections easy and fast. I highly recommend her work."
--Robinson McClellan, Ph.D., Yale School of Music, dissertation writer